by Michael Bird
March 18, 2014, 2:38pm
“Portugal is on track to repeat Germany’s successful conversion from the unsustainable sick man of Europe to a competitive and balanced growth champion.”
A note this morning from Christian Schulz, senior economist at Berenberg, says that Portugal is the new Germany. The bank thinks that after a contraction of 3.2 per cent in 2012 and 1.4 per cent last year, Portugal will see a rapid turnaround of 1.6 per cent.
Dustman, Fitzberger, Schonberg and Spitz-Oener’s paper on the German resurgence puts the labour market at the core of the country’s economic strength, arguing that other indicators like the large trade surplus can be traced back to this. So what shape is Portugal’s labour market in?
In the years before the crisis, Portugal and the other southern European countries saw manufacturing unit labour costs rise at a faster rate than in the core EU10 states. In fact Portugal’s overall unit labour costs saw one of the steepest increases in comparison to Germany.

Source: The Asia Development Bank
The Asia Development Bank adds that Greece and Portugal were the only two countries of the Eurozone’s starting 11 in which labour productivity grew more slowly than real wages between 1980 and 2007. So it’s clear that the Portuguese labour market did not enter the crisis on a competitive footing.
But with labour costs now dropping, Schulz thinks Portugal will be competing increasingly with eastern European countries, with labour costs approaching those of the Czech Republic: “The crisis has widened the difference with core Europe again and narrowed it with the east.”

Source: Berenberg
While it’s true that German labour costs were held down astonishingly in the decades before the financial crisis, it might be a little unfair to compare Germany and Portugal in this sense – Germany’s lower costs allowed it to compete more effectively with the most dynamic and advanced European economies, rather than aiming to take a larger share of business from a less developed group.
A sceptic might say that unemployment in Portugal remains very elevated – though Schulz notes that it has dropped from 17.6 per cent at its 2013 peak to 15.3 per cent at the start of this year, over a time at which Eurozone unemployment has risen a little and stabilised. Even Portugal’s youth unemployment has dropped from 40.4 per cent to 34.7 per cent in tge same period.

Source: Berenberg
And a sceptic might also forget that Germany’s ultra-low unemployment rates were not a feature of its pre-crisis labour market reform period. In face, following the post-unification spike, unemployment was well over 10 per cent as late as 2005.

Source: St Louis Fed
Overall, I think it’s too early to call Portugal a growth star – the Eurozone remains sclerotic and Portugal’s inflation rate is hovering around zero. Parts of Portugal’s performance are impressive, but it’s unclear that the country can really recover in such a dysfunctional climate, parts of which the government can’t legislate itself out of.
aqui 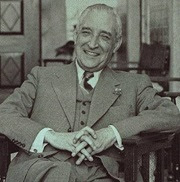 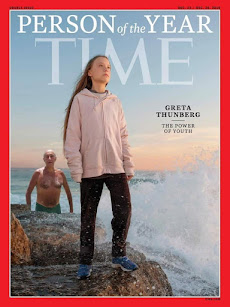